Managed to finish off the dragoons coldones and there bases thanks to a bit of peace and quiet on fathers day. Also managed to paint the 4 light infantry figures and finish the bases for them and the adventures. Happy Father's Day indeed.

The dragoons painted and based 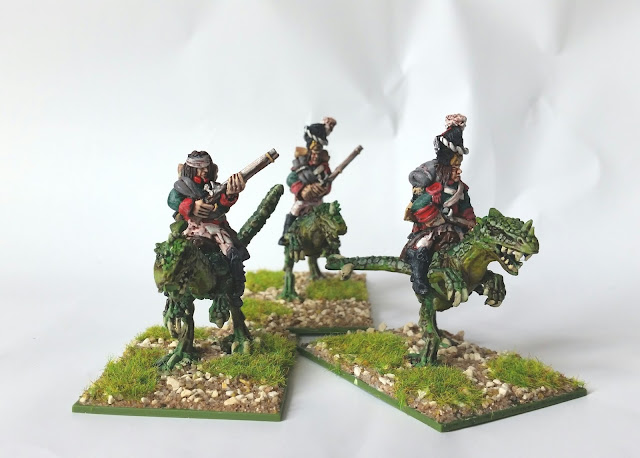 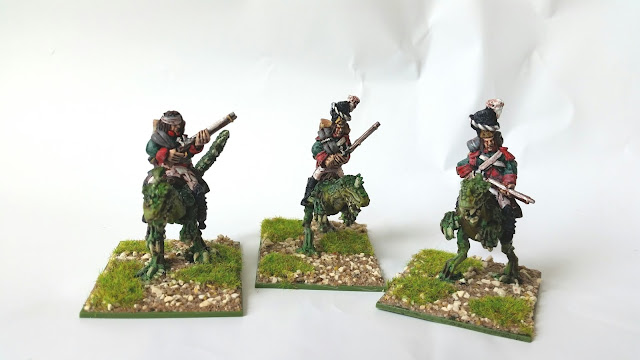 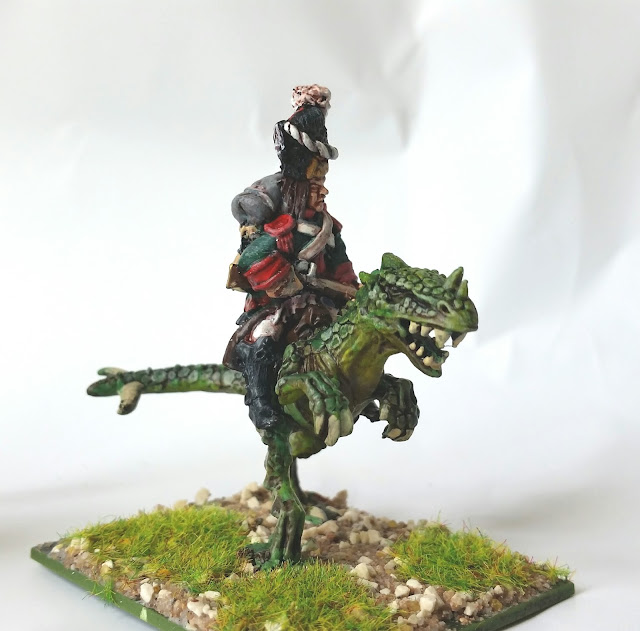 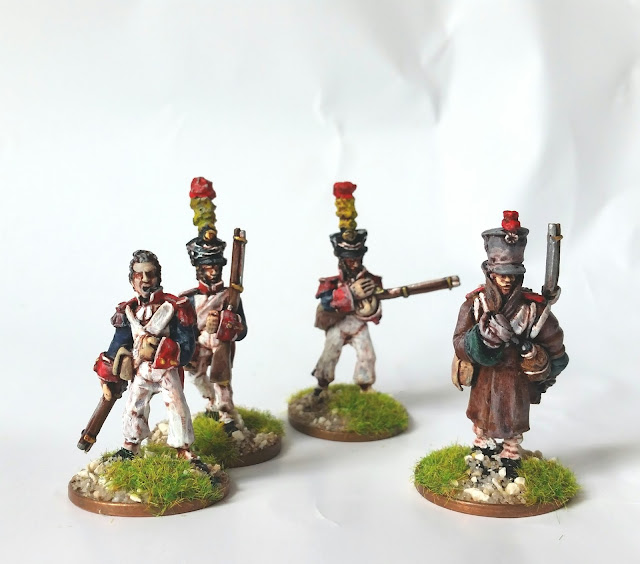 the group so far. 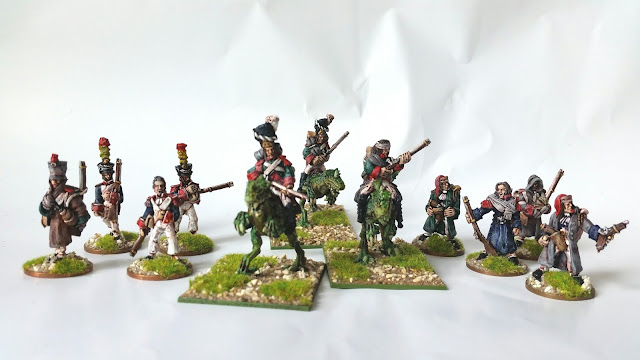 The adventures begins
Till next time.

Posted by Stephen Smith at 07:18 No comments:

Progress so far on the Mars adventure.
I have finished the dragoon conversion and painted up the dragoons, have gone for the traditional dragoon green uniforms, the Flintloque miniatures have a lot of equipment which looks great when painted. Hopefully will get to work on the coldones.
All so i managed to paint the privateers. Again lots of detail on the miniatures. Great to paint. See pictures for details 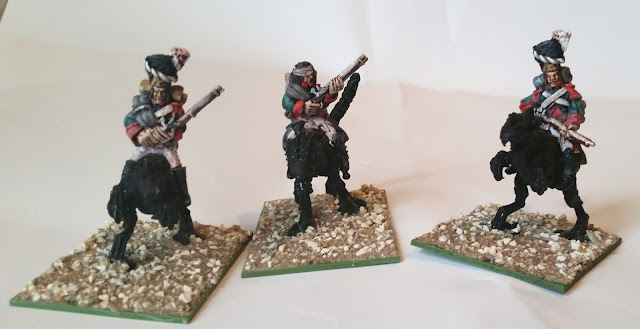 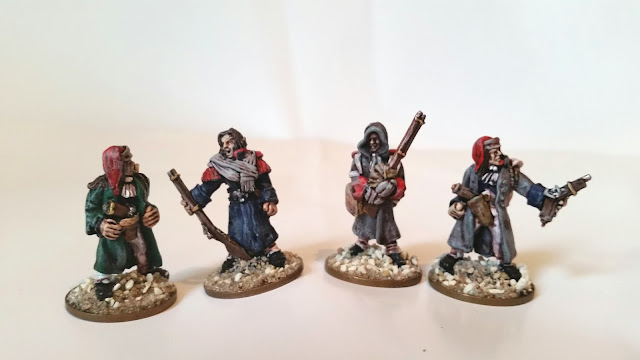 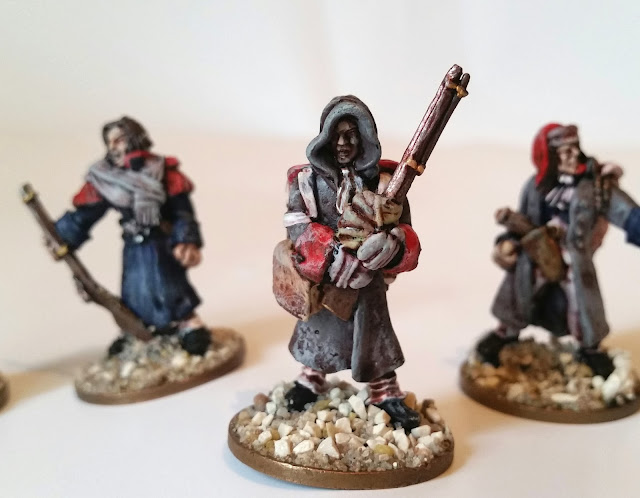 The privateers just the bases to work on then there  ready for the expedition.


With the words of Napoleon still ringing in their ears of adventures to come and glory to the Republic, the members of the  expedition stepped through the portal and vanished. On the other side they found themselves upon a vast plain, with mountains on three sides far away in the distance. There was no sign of the portal they had just past through.
I believe we shall advance, announced the colonel North would be best one of the privateers gestured. Then north it is and with that the expedition moved out.
Till next time
Posted by Stephen Smith at 10:42 No comments:

Having found a group of old Flintloque figures in the bits box I wanted to do something with them, a moment of inspection came when a friend mentioned a set of rules about napoleonic battles on Mars. Know there's an idea, a sort of Napoleon meets stargate. So the start of something a little different. What I had, I could put together a 15 man strong infantry unit plus a 4 man adventures unit made up of privateers. Plus a four man bodyguard unit plus I found 3 lizards big enough for months so I added 3 dragoons to the force. Plus a command figure and there you had it my Mar's expedition force 1799. It's time to go bug hunting. 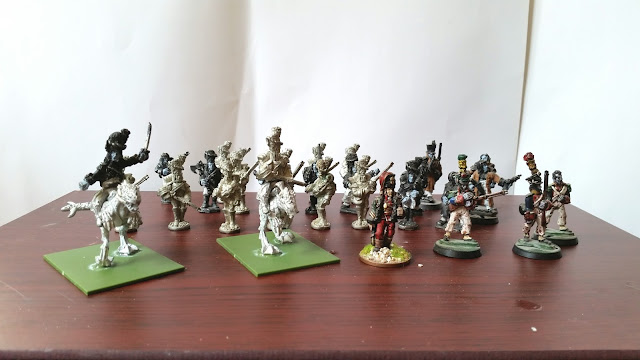 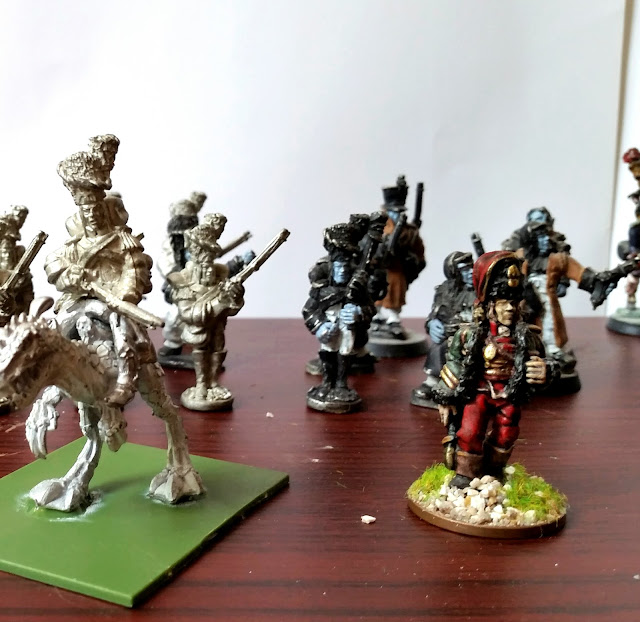 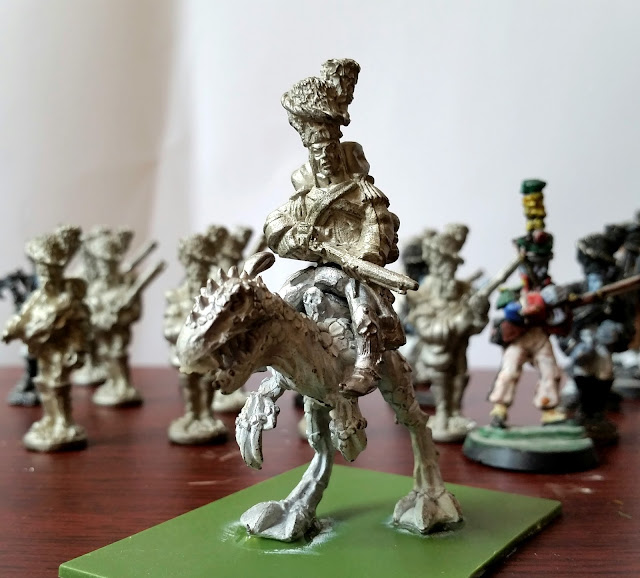 Close up of one of the dragoons conversation

Well that is so far, will start to complete the dragoons first hopefully some updates on the project soon
Till next time
Posted by Stephen Smith at 14:34 No comments:

Another Flintloque for the bits box

Having started to paint miniatures from the bits box I find myself painting up old fantasy miniatures this on is a elf from Flintloque I have discovered a few more elves and undead, so hopefully more soon
Till next time 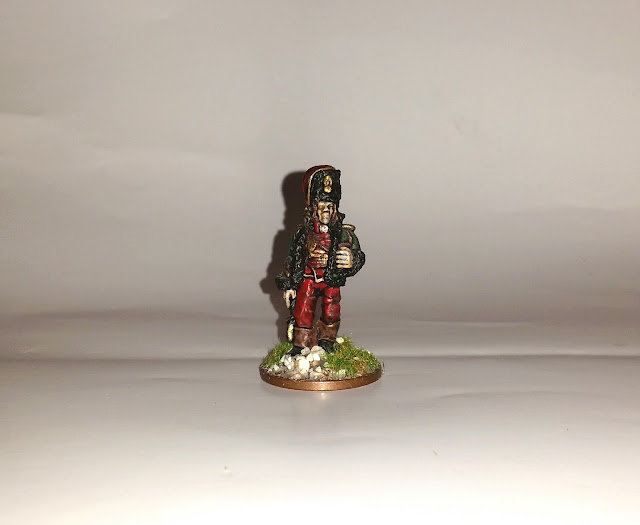 P.S the wife has noticed the pile of metal on the work bench. Did you really buy all of those. Guilty as charged.

Posted by Stephen Smith at 13:43 No comments:

More miniatures from the bits box 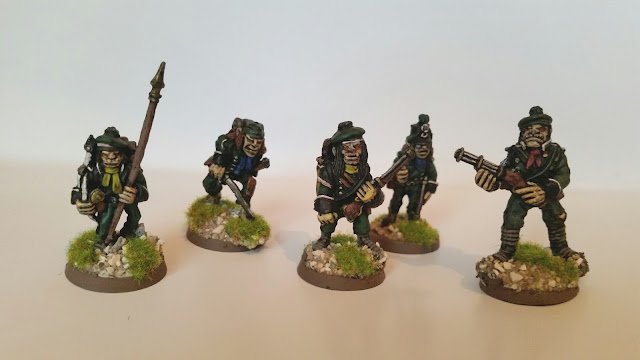 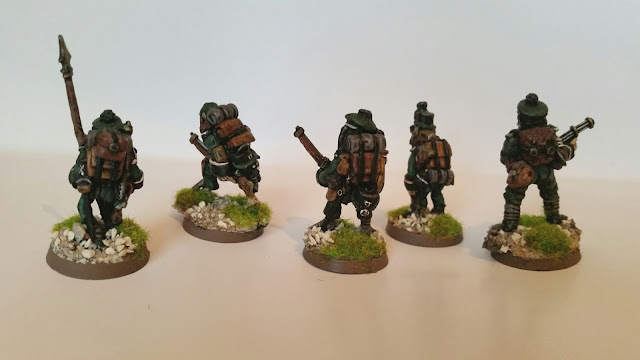 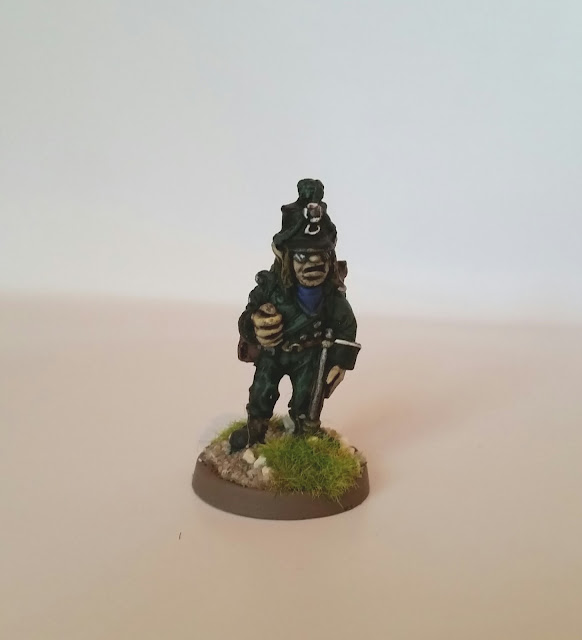 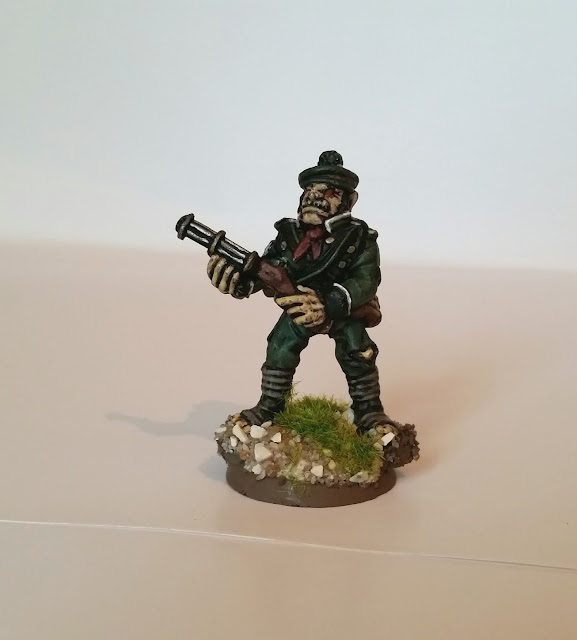 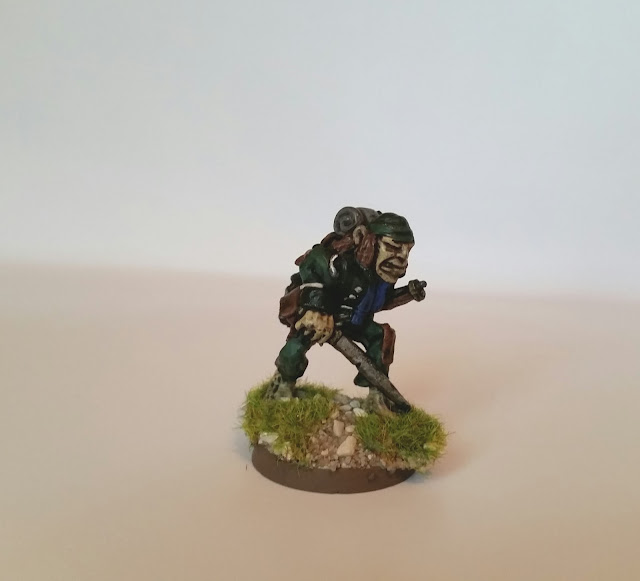 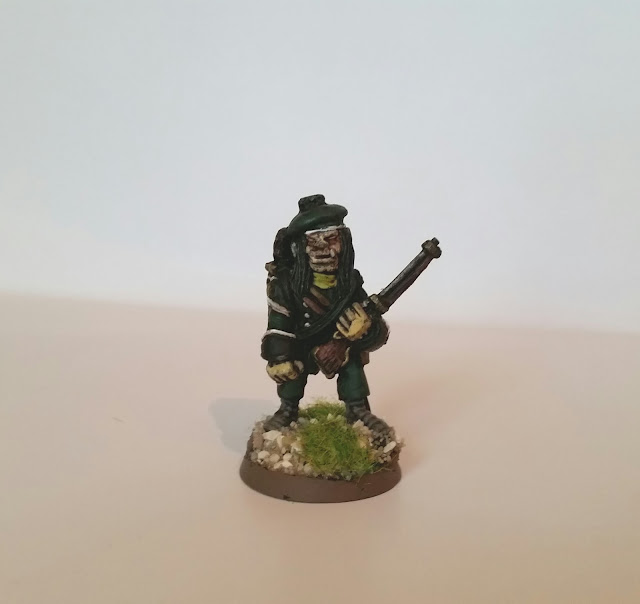 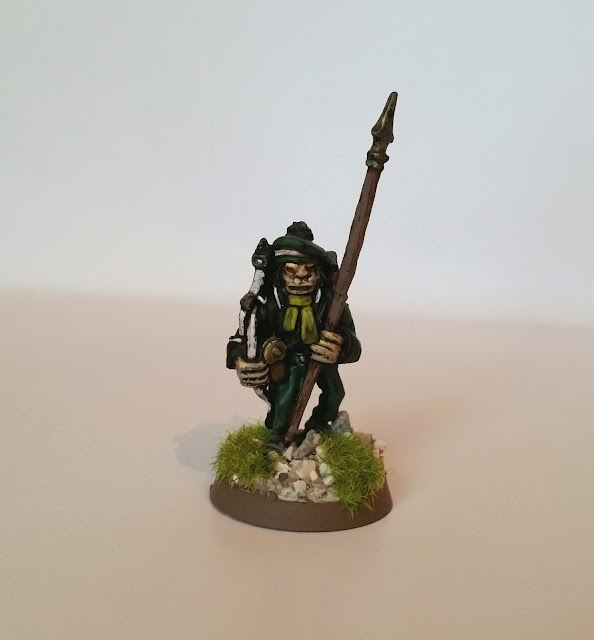 Till next time
Posted by Stephen Smith at 11:27 No comments: